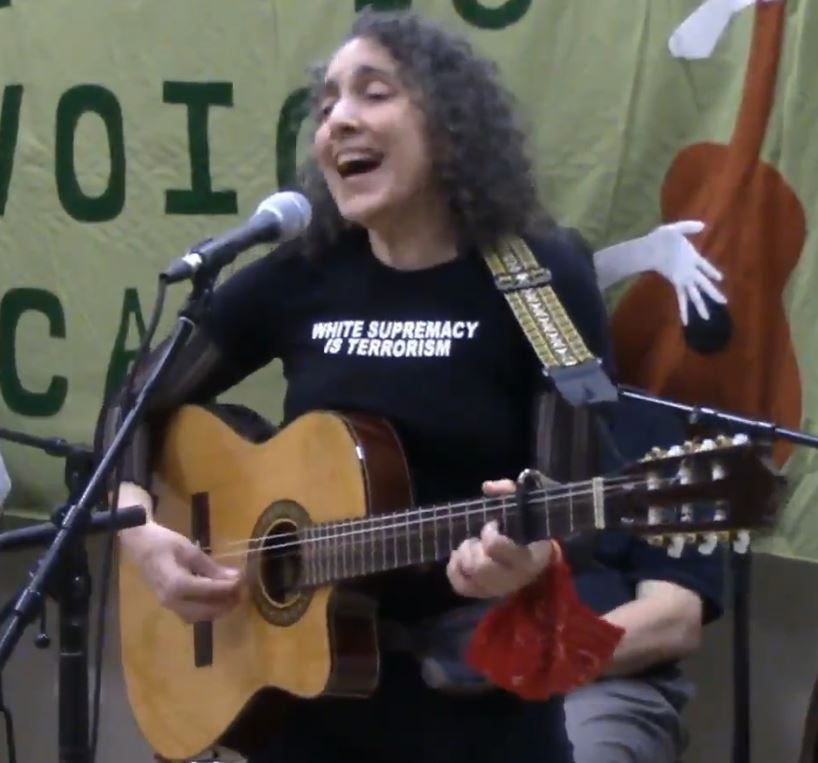 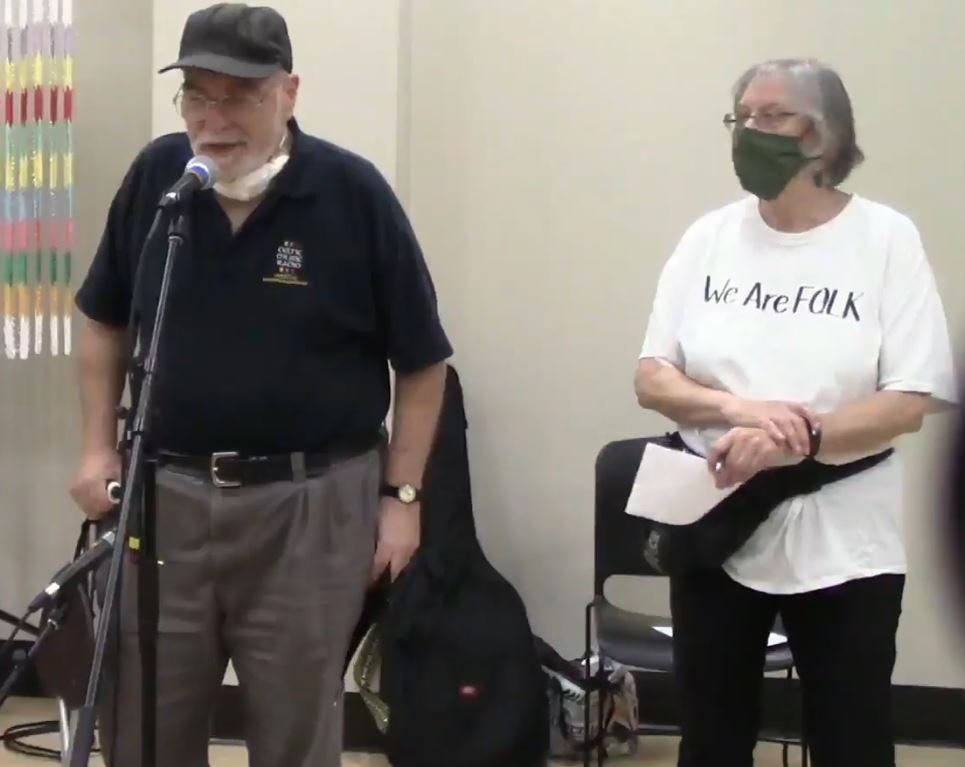 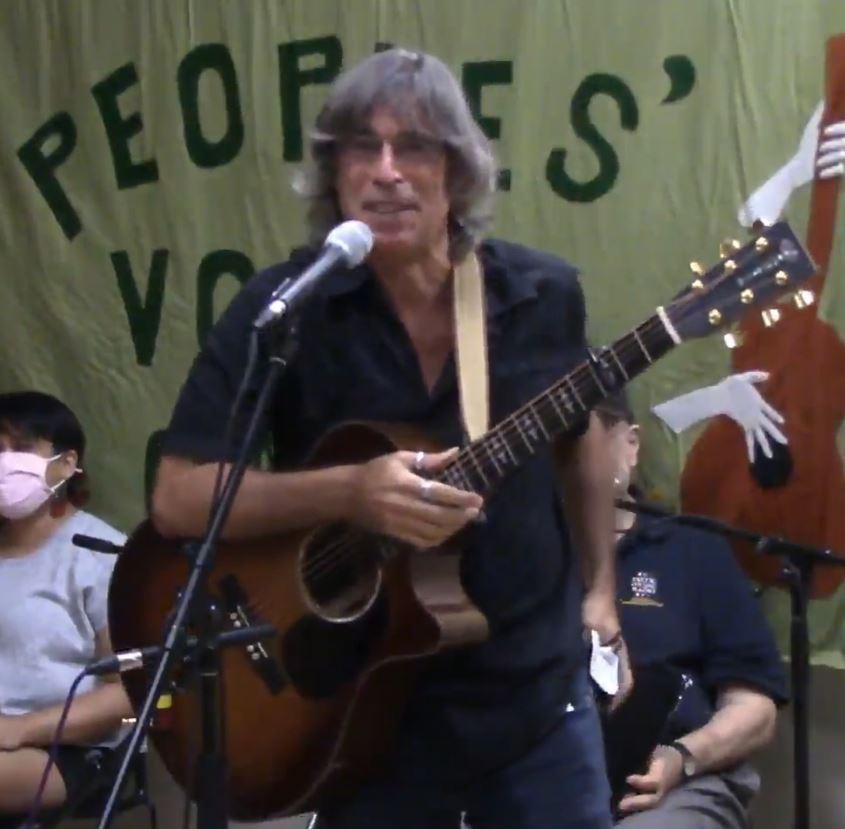 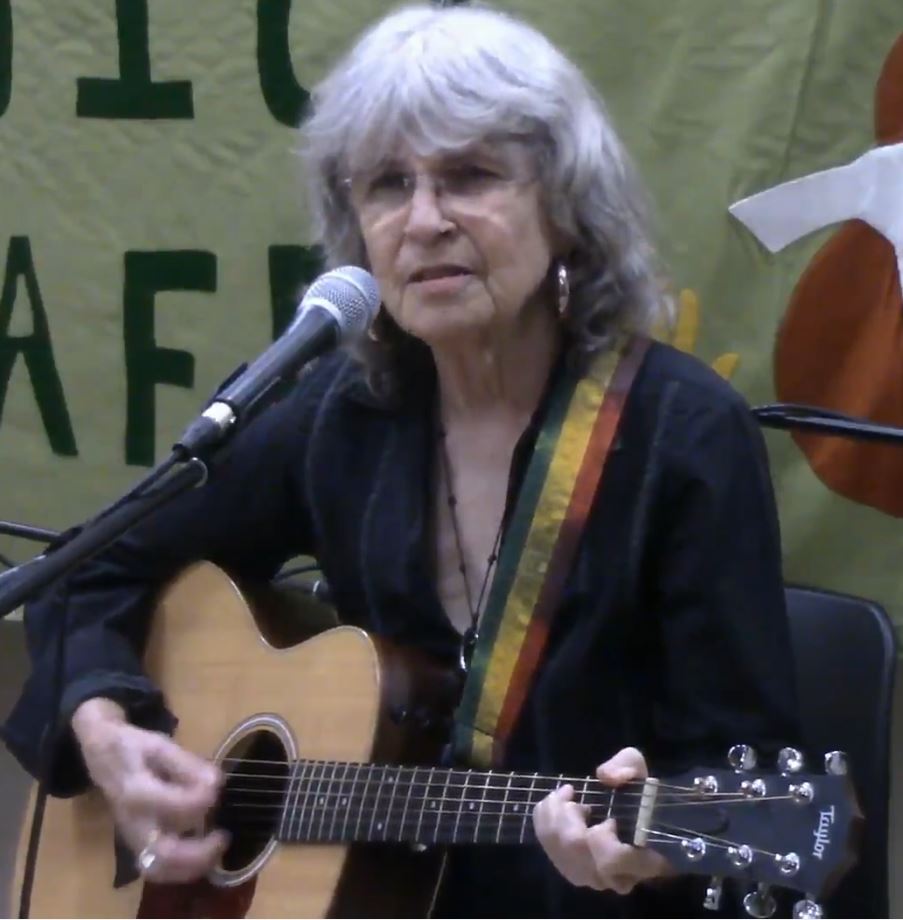 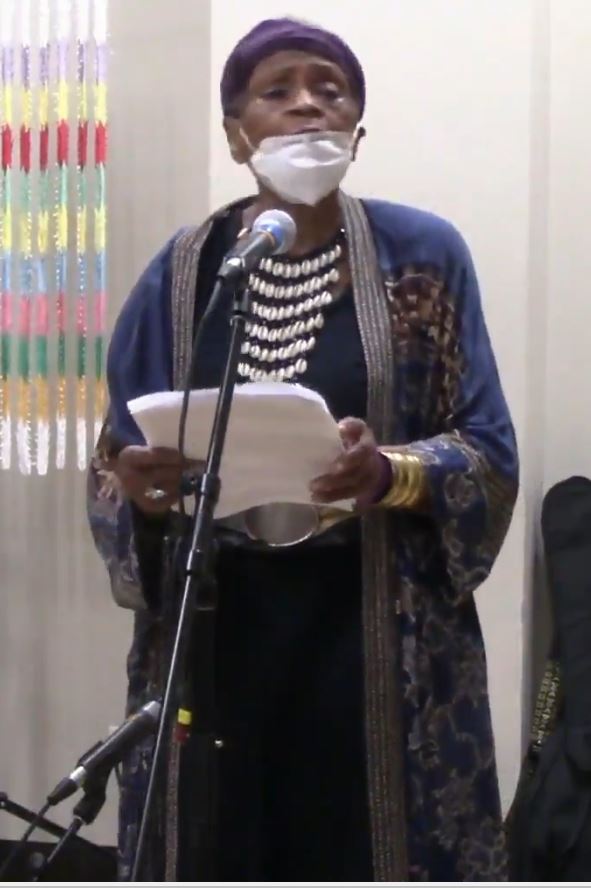 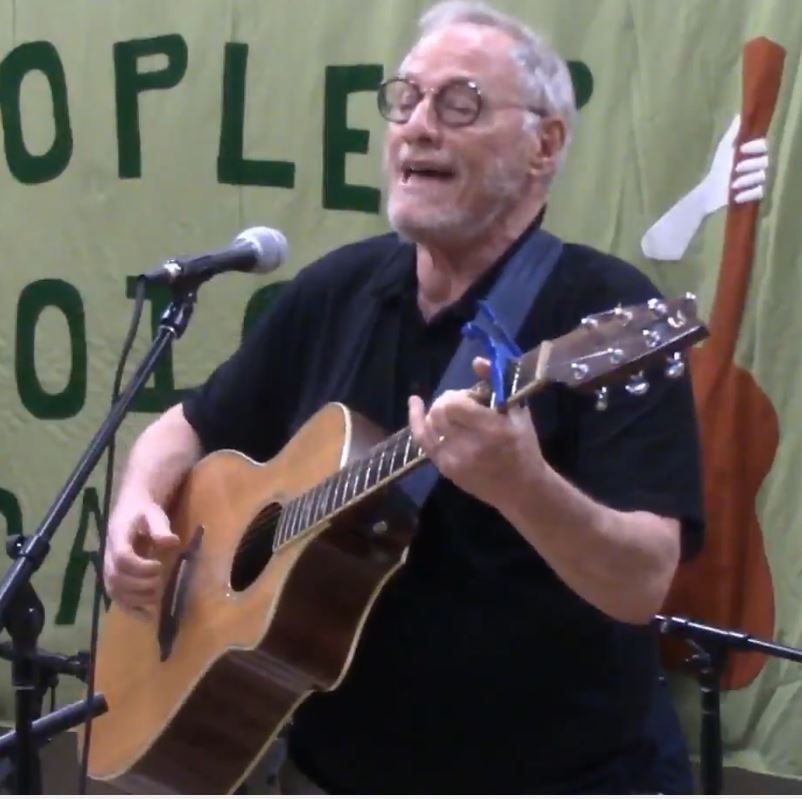 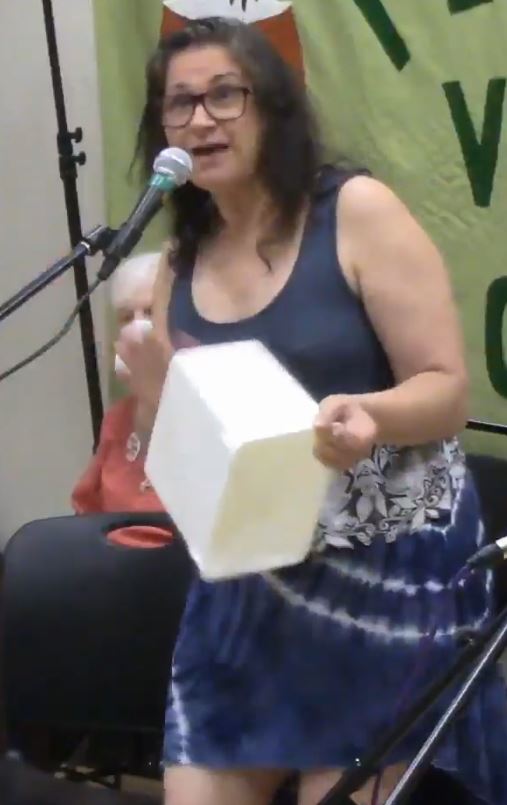 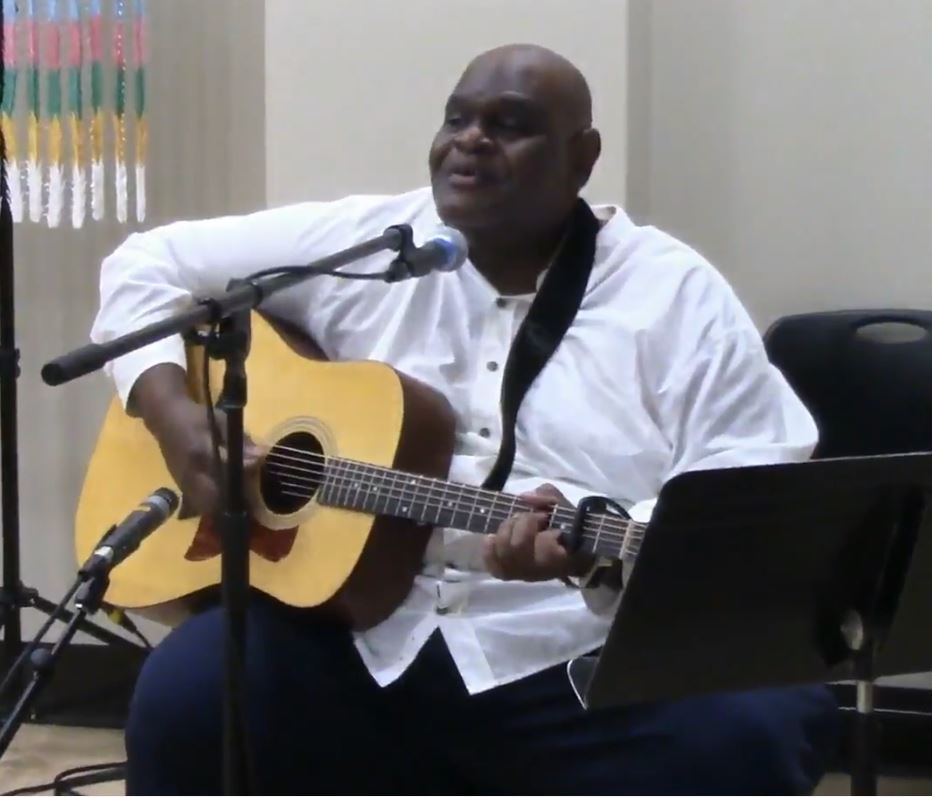 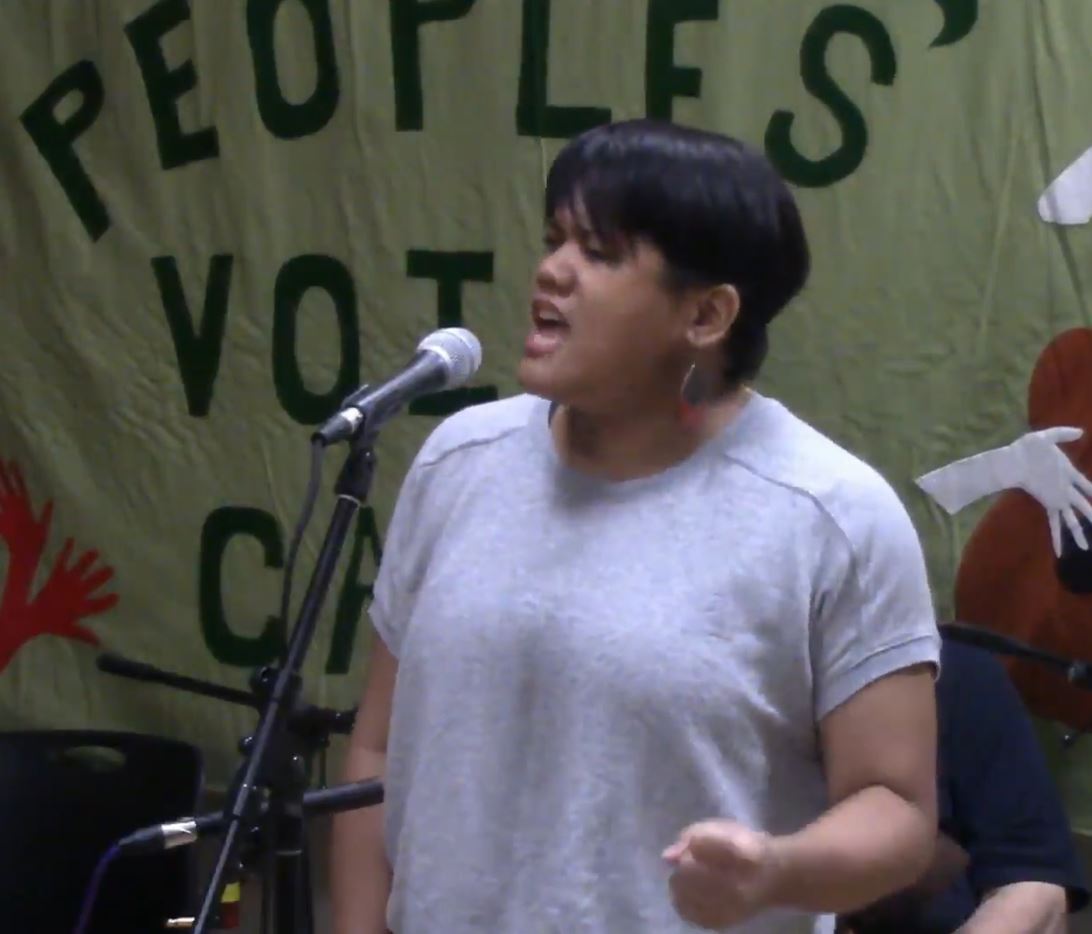 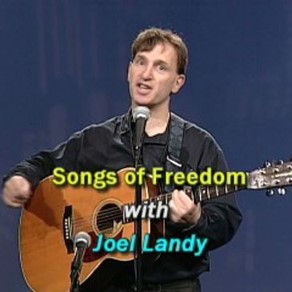 Here is a plaque for an award the Alliance for Community Media bestowed upon Songs of Freedom Television in 1997. This was for the work done during our first year on TV.

The Alliance for Community Media is a trade group and an organization comprised of public access television professionals. They lobby in Washington DC for your right to create video and have it seen and have it paid for by the commercial corporate entities in your town entering your home and your mind every day. Always an uphill battle. They are also the people who work in access centers. Members also include community access producers like myself. I was honored to receive an award, more so to have the award represent the category of Empowerment, a word that means a lot to me.

I stopped entering the annual competitions a number of years ago, not because I have an attitude about them or because I have “been there and done that.” It is just not where my energy lives now. I seek to do the good work and fight the good fight because it is the right thing to do. I seek to acknowledge others who travel the same road and inspire with creativity and vision. I seek and do that while daring to express myself and have fun along the way.

I am glad you are here to share the journey with me.
Don't forget to laugh as you change the world. 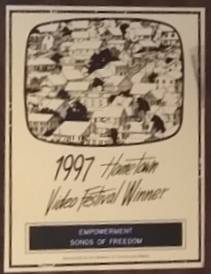 This is a plaque of an award Songs of Freedom won in our very first year. It is the prestigious Hometown Video Award in the category of Empowerment.

Songs of Freedom Television “Tune in and don’t tune out!”

[QPTV is currently experiencing technical issues affecting the ability to accept new programming. The show dates listed listed for this month are accurate, but the episodes may not be what has been scheduled.]

You can also watch online at www.bronxnet.tv Channel 68/2134, BX OMNI

On September 18th of this year the Peoples' Voice Cafe, NYC's premiere progressive entertainment venue, resumed its program of weekly in-person concerts after an 18 month Covid-19 induced hiatus. The fundraising show was the first concert at the PVC's new location, Judson Memorial Church, in the heart of Greenwich Village, NYC. The evening featured many memorable performances.

For most, if not all, of those in attendance that night, it was the first time
they appeared live as an audience member or as a performer since
the Covid-19 lockdown went into effect 18 months earlier.

That would be enough to make the evening a special event,
but there was more to it than that, as each artist delivered
spirited and inspired performances.

The lineup of artists was chosen intentially to represent the diversity
and range of what can be seen at the PVC every week of an ongoing season.
Each of the artists presented during this show is scheduled to be featured
during the 2021-2022 season.

My hope is that you enjoy the episodes presented this month and are
inspired to support the Peoples' Voice Cafe by attending the live
performances. Not only will you be suporting NYC's premiere all volunteer progressive venue, you will be treating yourself to an affordable
evening of terrific entertainment.

Personally, I hope to see you the evening of October 30th when I will be one of two featured performers at the PVC. My performing partner that night
will be the awesome Pat Wictor. The fun starts at 8pm.

Here's a taste of what you can expect.

From the September 18 WELCOME BACK! Concert,
There's Stupid Going On!
https://youtu.be/Eb1YzT2WgEw

See you on October 30th!  And keep singing! 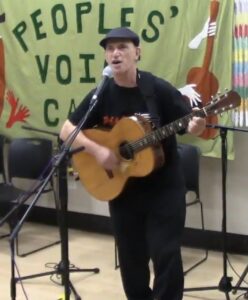 More about the Peoples' Voice Café.

For details and more information about the Peoples' Voice Café,
including the season schedule and how you can become a volunteer, go to: www.peoplesvoicecafe.org
and the PVC Facebook page at: www.facebook.com/peoplesvoicecafe/

[Queens Public Television is currently experiencing technical issues affecting the ability to accept new programming. The show dates listed listed for this month are accurate, but the episodes may not be what has been scheduled.] 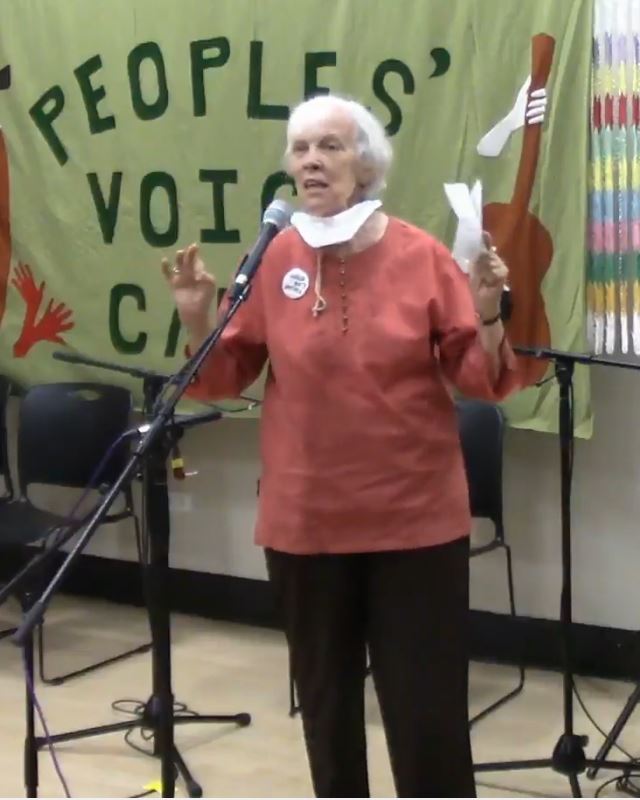 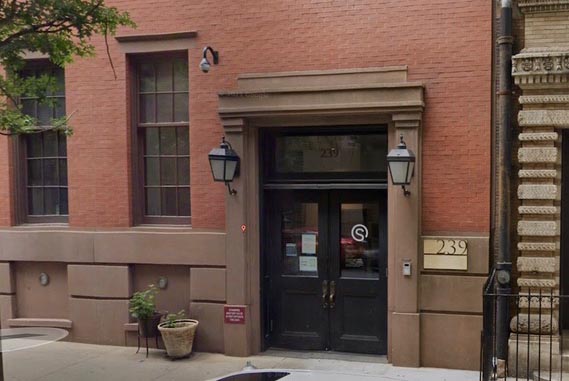 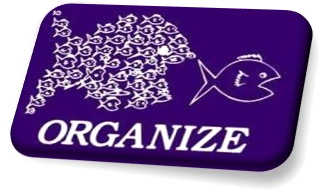 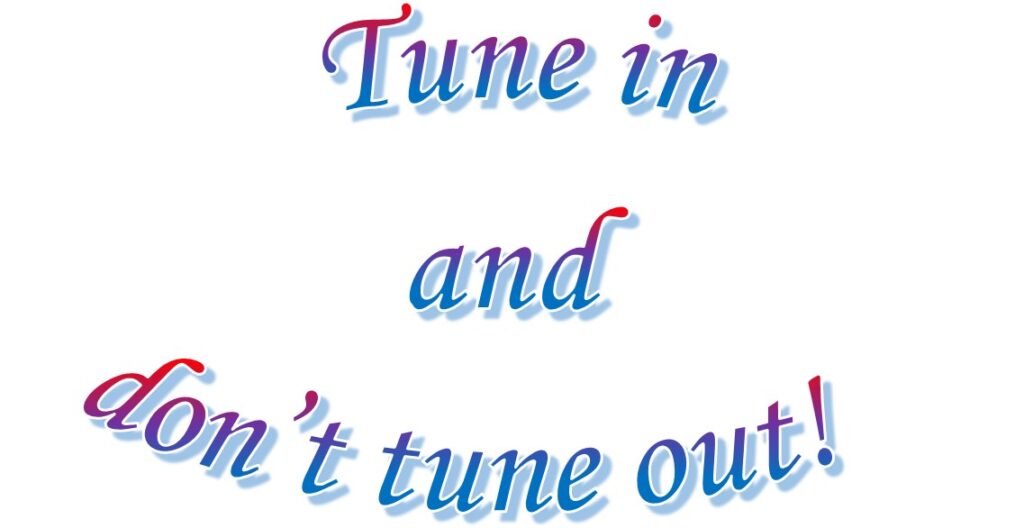 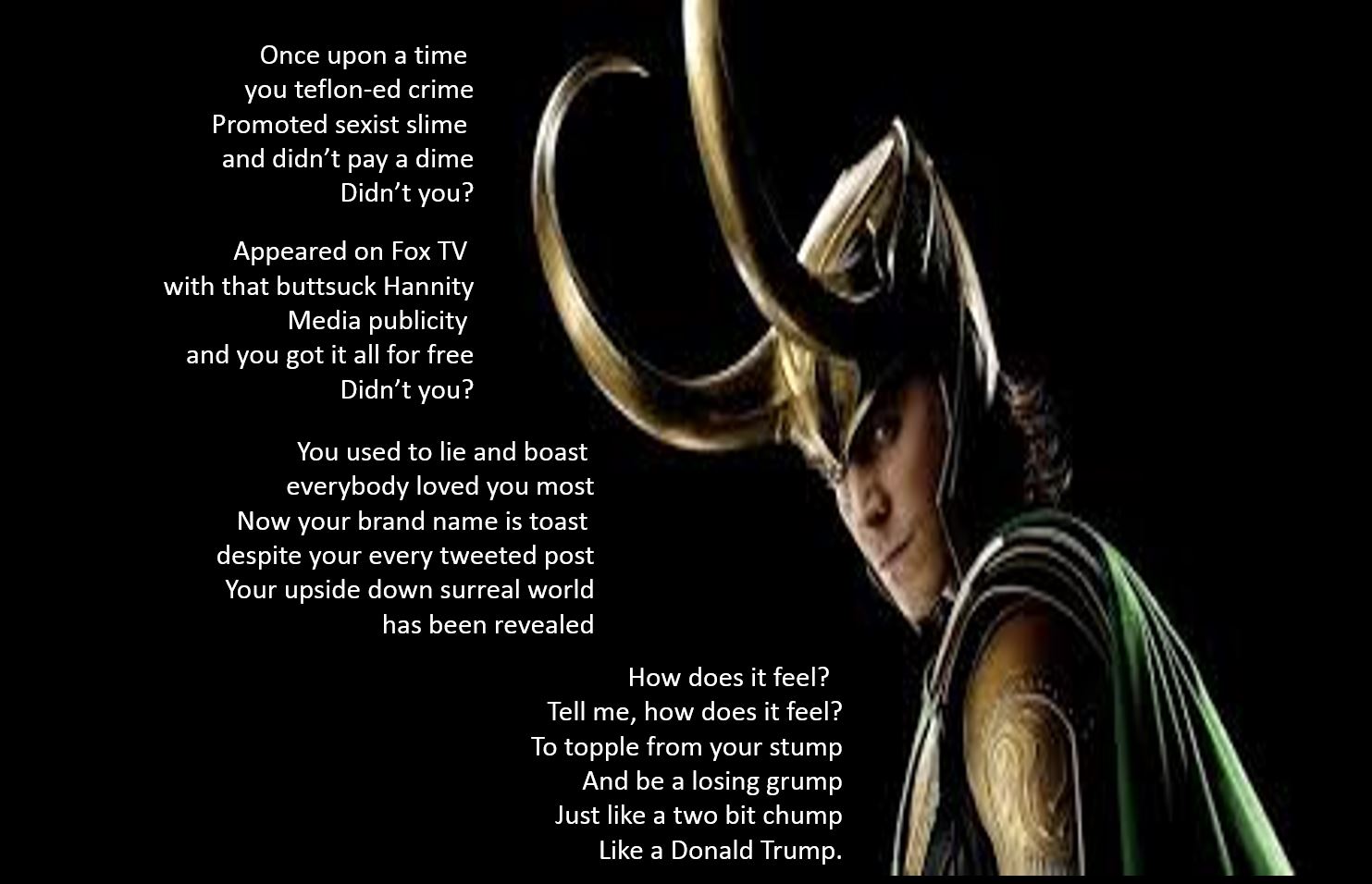 Coming up on Songs of Freedom Television 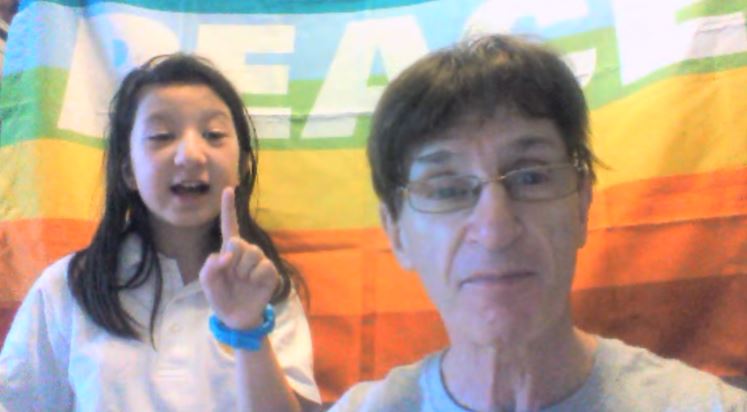 "We know about the heartache.
Everyday we feel the pain.
The missing and the loved ones
we may never see again.
With those who grieve we share our hearts.
There is little we can say.
We can walk the troubled road with them.
It is the only way."

~ from The Only Way by Joel Landy ~ 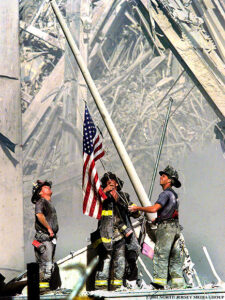 Songs of Freedom Television devoted its episodes to the heroes in our lives. The first two episodes were from the October 20, 2001 benefit concert I produced with Lorcan Otway at the 22-Below Cabaret in New York City.

Firefighters are heroes to us all. They remain heroes in our everyday life. Songs of Freedom Television is honored to honor them.

Show 3 celebrated the life and memory of Pete Seeger, who remains a hero to artists and humanitarians around the world.

Celebrate the heroes in your life. It may not be the only way, but it is the better one.

With love and solidarity, 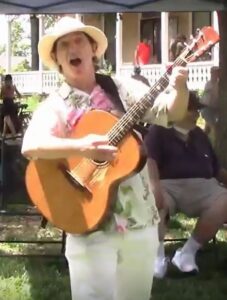 August
The 2021 Porch Stomp on Governors Island took place on June 26 and signaled not only the start of summer, but also a return to live events and the annual music festival. Safety was observed during this annual event as numerous musical spaces on the island offered a variety of music. I helped to host the Peopes' Voice Cafe stage and recorded the event for Songs of Freedom Television. I hope you enjoy the episodes edited from that exciting day. I also hope that you and your family are well and safe.

We will get through these times together.
Music will help us along the way. 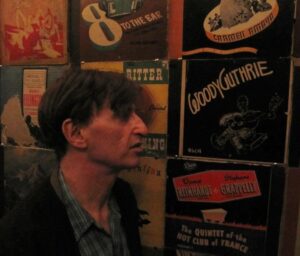 July
This month marks the 25th birthday of
Songs of Freedom Television!

Technology has changed over the years, but not our commitment to bringing you the dignity of human struggle with its many faces and many voices. This month we celebrate by bringing you episodes from the SOF archives of performances from Woody Guthrie Birthday Bashes gone by. Woody, like Songs of Freedom TV, was born in July. What better way to commemorate these auspicious events than to bring you Woody shows from the past featuring Steve Suffet and his annual Woody Bash productions.

Tune in. Sing along. This land is still your land! 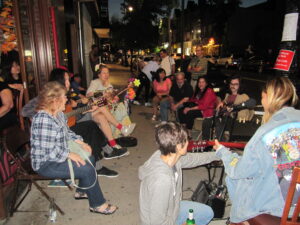 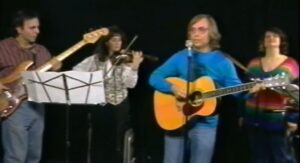 May
"Presente!"   Songs of Freedom Television honors those who appeared on the show over the years and have passed on. Their spirit and wisdom remain in their performances. Join us! 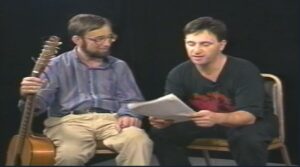 Show 4: features:  David McReynolds (interview from 2000 when he was running for President of the United States) 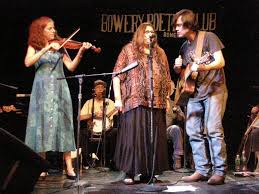 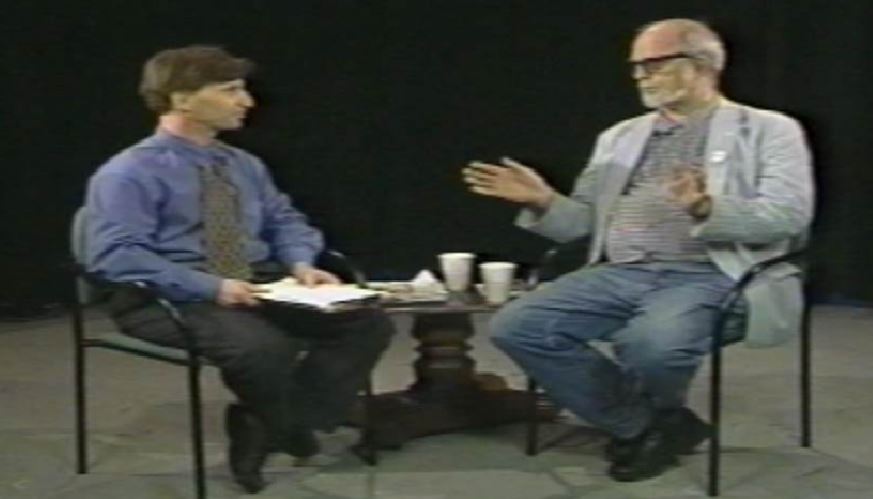